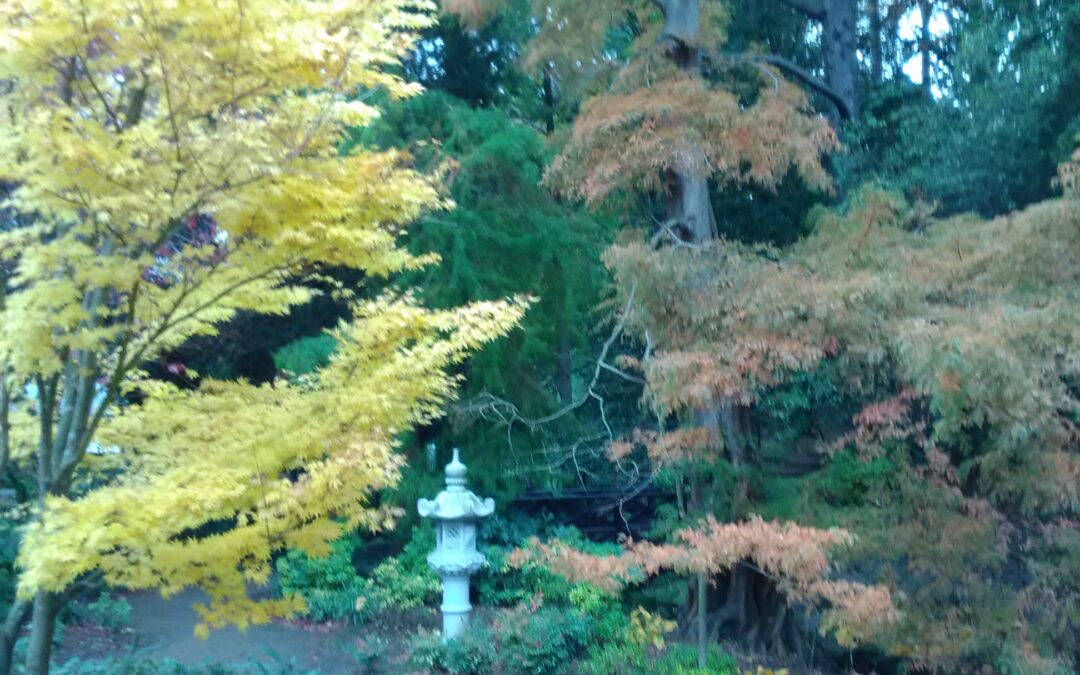 Inside Harrogate’s Grade 2 listed Valley Gardens, beloved by the composer Elgar and famed for its 36 mineral springs, lies a beautiful Japanese garden. This style of garden has its origins in Japan, beginning in the 8th century and is inspired by Chinese landscape painting and the spirit of nature. The Japanese garden in Harrogate was created in the 1920s, but over the years it fell into decline and was virtually forgotten, with only a few Japanese maples left.

In recent years, the garden has been revitalised, thanks to the hardworking volunteers of The Friends of the Valley Gardens whose central aim is to restore, maintain and enhance the Valley Gardens. In partnership with Harrogate Borough Council’s parks and environmental department, and generously supported by the National Lottery funding, ambitious restoration work began in 2017. Finally, on 17th October 2018, the Japanese ambassador to the UK, Koji Tsuruoka, visited Harrogate to open the Japanese Garden. This included the unveiling of a boulder carved with the name of the garden, Shijima no niwa, which means garden of serenity. This previously neglected area has now been transformed into an exquisite and exotic gem of a place, where visitors are drawn to its peaceful and calming atmosphere.