Whitby Regatta, plan ahead for 2022 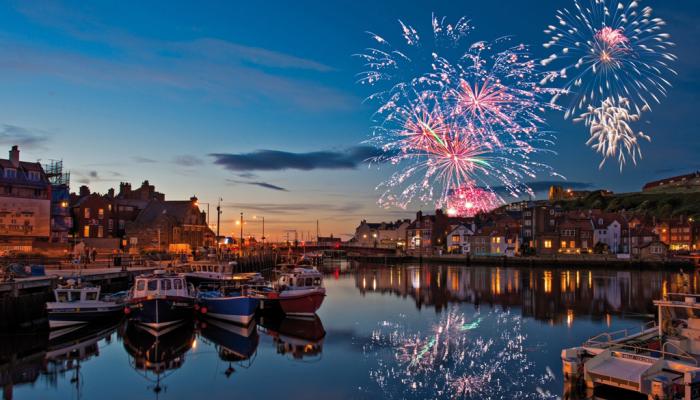 The Whitby Regatta presents visitors with a full weekend of entertainment, embracing yacht racing, rowing races and a host of free entertainment including the Royal Air Force Typhoon Display Team, finishing with a prize presentation and spectacular firework display.

Over one hundred and seventy years of aquatic competition and entertainment. The Whitby Regatta is probably the oldest sea Regatta on the northeast coast in England and has drawn large crowds into Whitby over the years.

It started in a very small way with the fishermen competing against each other in their fishing smacks and salmon cobbles. Then came the yachts. It was recorded in 1847 ‘The Whitby Challenge Cup’, promoted by the Royal Yorkshire Yacht Club, was won by the Schooner ‘Whiled’, and a prize of 50 guineas was presented to the captain or owner. Between that date and up to the nineteen thirties, yacht racing formed the greater part of the Regatta. Unfortunately, due to the high cost of building these large yachts of approximately 20 tons, and a changing world, they slowly disappeared from the scene. The cost of maintaining such a yacht today would be astronomical.

In 1901 the late Alderman JET Wilson J.P – C.C. of West Hartlepool presented the “Wilson Cup”. valued at £25, for competition to Rowing Clubs based between the Tyne and Humber. This is the most coveted trophy rowed for today. 1929 saw the first fancy dress and decorated carts, this was the forerunner of the present-day regatta and carnival. It is recorded that in 1900, 11,000 people travelled by special trains from the West Riding, York, Bridlington and Newcastle. Today that figure is estimated at 20,000, most travelling by coach and private car.

For full details of events at the 2022 Regatta which is to be held on 13th, 14th and 15th August see https://www.whitbyregatta.co.uk/events.html.