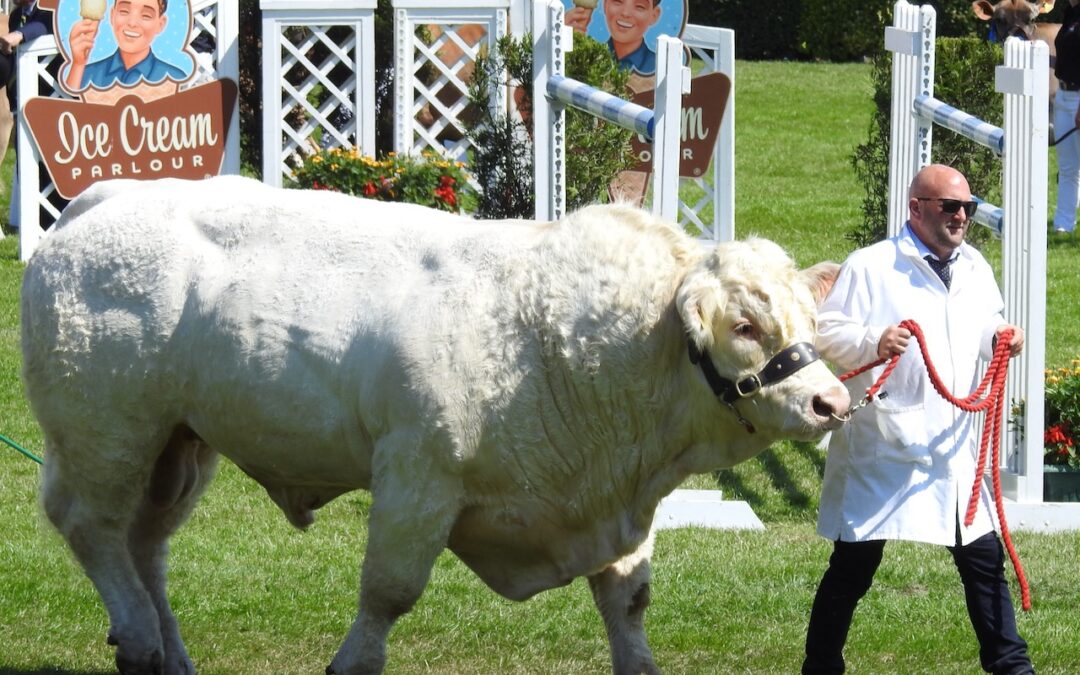 The Great Yorkshire Show was born in October 1837 when a group of leading agriculturalists, led by the third Earl Spencer, met at the Black Swan Hotel in Coney Street, York to discuss the future of the farming industry.

The result was the decision to form an organisation – the Yorkshire Agricultural Society (YAS) – whose aims were to improve and develop agriculture and hold an annual agricultural show of excellence. Thus, the wheels were set in motion and the first Yorkshire Show was held in Fulford, York, in 1838. Attendance figures were not recorded until 1842 when the Show was held in York. The figure was 6,044.

In the early years, in common with other shows, the Yorkshire Show did not have a permanent site and moved to showgrounds around the county. It was held in all the main centres of population – no fewer than 30 towns in the three ridings. Then in 1950 the innovative decision was taken to build a permanent showground. The Harrogate site was purchased, and its imaginative layout and excellent facilities quickly resulted in it becoming a role model for others.

In 1992 the decision was made to remain on the Harrogate site and an ambitious £10m re-development programme was embarked upon. Since then the Showground’s prestigious conference and events venue, the Yorkshire Events Centre and Pavilions of Harrogate have gone from strength to strength. In addition, the number of events staged on the Showground year-round has increased dramatically – it is now busy 12 months of the year.

Over 130,000 visitors and 8,000 animals usually flock to the Great Yorkshire Showground every year for the three-day show, making it one of the biggest in the UK.

From cutting edge farming equipment and machinery to displays from big name brands, this is the place where deals are usually done, and the latest ranges are showcased. While the show has agriculture at its heart, there’s also entertainment, shopping, live music, cookery demos and a professional catwalk fashion show – including a one-off celebrity special.

In the judging rings, thousands of animals compete from cattle to sheep, pigs to pigeons and the show finishes with one of the most prestigious show jumping classes in the country, the Cock O’The North competition.

To find out more visit https://greatyorkshireshow.co.uk

The YAS also runs a foodie’s paradise next to the showground called Fodder, selling the very best food and drink from Yorkshire with a fully stocked butchery counter, a deli counter laden with fresh pies, pasties and a huge variety of amazing cheese. Fruit and veg is delivered straight from the farms and there are lovely jams and chutneys alongside freshly baked local bread and mouth-watering cakes. Fodder also has a lovely cafe serving everything from a full Yorkshire breakfast, through to cream teas and an extensive lunch menu. https://fodder.co.uk