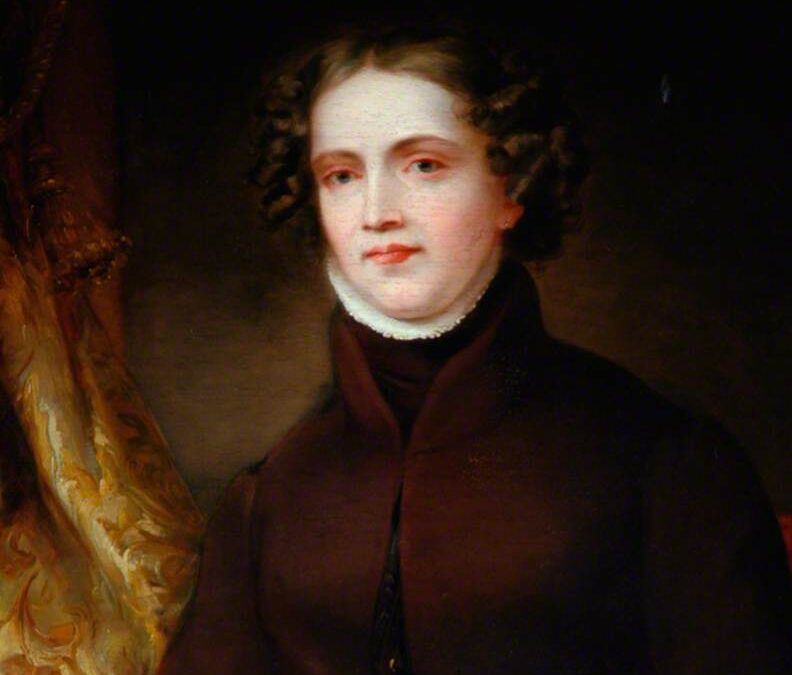 The much awaited second series of ‘Gentleman Jack’ is recently hit our screens. Sally Wainwright’s clever and witty writing tells of the eccentric life of Anne Lister – a landowner, industrialist, explorer, mountain climber, socialite, A–grade shopper and sometimes described as the first modern day lesbian. This is no fictional character though – Sally has carefully crafted her series from Anne’s own writings. Anne was a compulsive diarist and left around 5 million words. Not only do her diaries tell us of Anne’s day to day business and family life and her extensive travels , but they also offer social comment on the events of the day – she comments on the insanity of King George III, the coronation of Queen Victoria, events such as the Peterloo Massacre and her first ride on the newly opened Manchester to Liverpool railway in 1831.

More intriguingly, about one sixth of Anne’s diaries are written in a very complex code – Anne calls it her ‘crypthand’. Anne uses crypthand to share her very inner most thoughts and explicit details of her voracious sex life, giving a very private glimpse into the bedrooms (and not bedrooms!) of Regency England. Anne loved women.  She seduces her targets, and notes her successes and her disappointments in a diary in the most salacious detail.

The story of the diaries is worth a television programme in itself!

After Anne’s death in 1840,  the diaries, letters, legal papers, travel diaries and other various documents were simply left in her family home – Shibden Hall.  And here they stayed for nearly 50 years. In 1887, John Lister, a distant cousin who had inherited Shibden, found the collection and, as a keen student of history, was fascinated by what he read. Of course, he was stumped by the crypthand, so unable to realise the true scandalous nature of some of the entries.

With the help of a close friend, Arthur Burrell, they studied the code, until they found the one mistake Anne had made – this allowed them to break the code. On a scrap of paper she had written ‘“In God is my…”, it began, the final four-letter word in code. They saw at once the final word must be ‘hope’ and with these letters they were able to finally crack Anne’s crypthand.

Very soon after,  they discovered what had been hidden from the world; explicit details of Anne’s sexual encounters with her friends – ‘and hardly any one of them escaped her’ noted Arthur Burrell.

The decision was made to hide the diaries. They wanted to avoid bringing scandal upon the family name, so they were sealed behind the panelling of Shibden Hall. Hidden again for almost another 50 years.

Shibden Hall and the diaries were gifted to Halifax Council in 1933. With them were the details of the code. But again, another 5 decades elapsed before the full and fascinating story of Anne was revealed.

Helena Whitbread has been largely responsible for bringing the story of Anne into the spotlight and since discovering  the diaries in the archive in 1982, has transcribed many of them. Some are still under scrutiny,  by an army of volunteer transcribers. As of March 2021,   only 10% of the 7722 pages remain to be transcribed and 14% of the catalogue is online, so new information has been appearing all the time.

The remarkable story of Anne Lister continues. I cannot wait until Series 3!