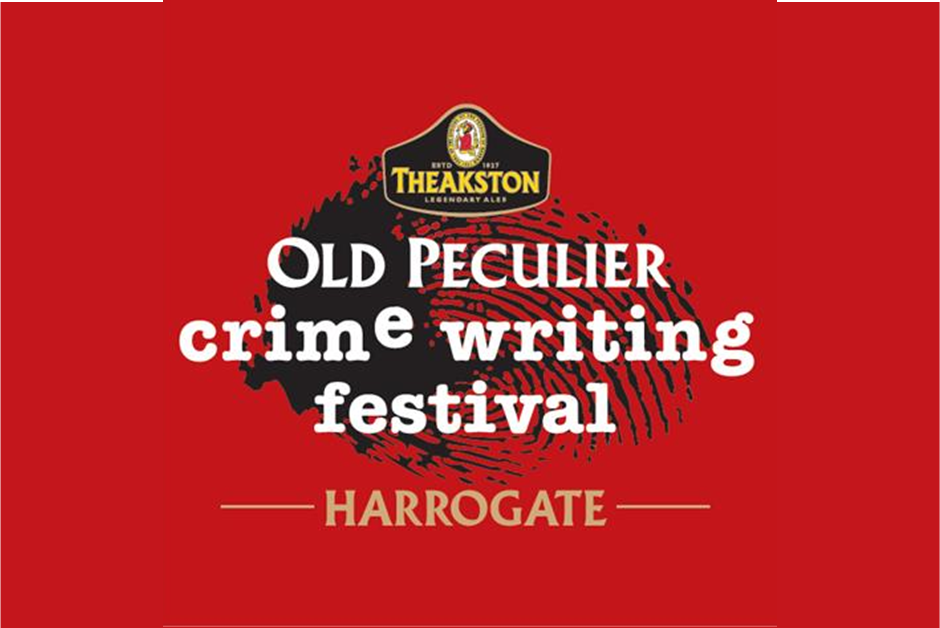 Sadly it will not be returning to Harrogate for the 17th year in 2020 – but the Theakstons Old Peculiar Crime Writing Festival is already making plans to return in 2021 . This event celebrates the very best in crime fiction and the festival has become a firm date in the UK literary calendar.

The festival is usually based at The Old Swan Hotel – which featured in the movie Agatha and famous for being the location where the Queen of crime writing, Agatha Christie stayed under the pseudonym of her husband’s mistress whilst a nationwide search for her was going on. It’s obviously no co-incidence that the organisers of the first festival chose this venue!

Over the years the festival has achieved international acclaim for the programming, organization and atmospheres. This reputation allows Harrogate to attract the biggest and best crime writers to the festival both a speakers and Chairs of Programming.

The sponsors are a local Yorkshire brewery based in Masham and have been there since the start – and draw similarities between reading a great novel and appreciating the flavor of their beer!

The Crime Writers Festival draws fans from all over the world and in particular the United States, with many American visitors and authors coming to enjoy the 4 day festival. The festival is famed for its no barriers approach and has a reputation as being the friendlies event on the circuit. Fans, fledgling writers and established authors mingle in the hotel bar, the bookshop and the papakata tents in the hotel grounds.

One of the highlights of the festival is the awarding of the prestigious Old Peculiar Crime Novel of the Year which has been won by both famous and up and coming authors over the years. The award maybe presented virtually this year.

Over the years the festival has attracted some big names in literature. Last year’s festival saw visits from James Patterson, Ian Rankin and Jo Nesbo, whilst TV crime drama Line of Duty writer Jed Mercurio also spoke. The year before saw Lee Child and John Grisham attend to speak. next years programme will be announced in spring 2021, so check http://www.oldpeculiercrimefestival.co.uk for this years special guests.

If you are coming to the festival next year and want to explore the wider area with a driver guided tour or want to visit some of Yorkshire’s other literary location such at Herriot Country, The Bronte’s and Haworth or Whitby’s inspiration for Bram Stoker’s Dracula visit: