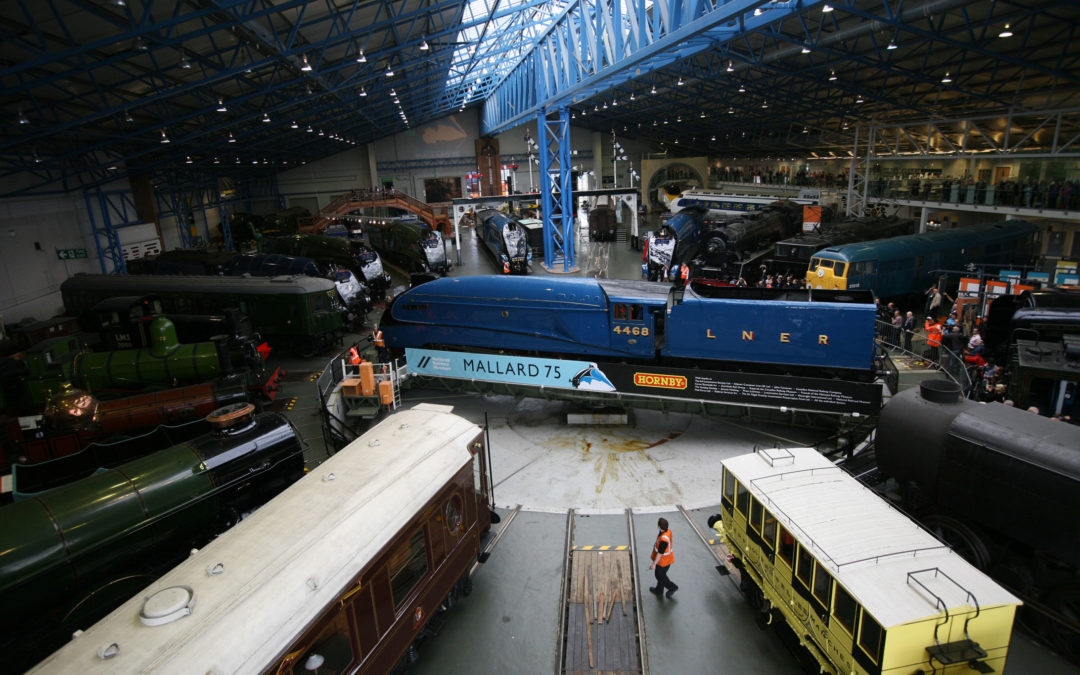 No visit to the beautiful and historic city of York is complete without spending at least a couple of hours in the National Railway Museum, which is the biggest railway museum in the world with more than 100 locomotives. Furthermore, being a National Museum, entry is free and visitors are well provided for with cafes, restaurants and toilets – you can even have a very elegant afternoon tea aboard a Pullman Dining Car.

The museum is well-presented and crammed with fascinating stuff. It is laid out on a vast scale and is housed in a series of giant railway sheds, the main hall even having a working locomotive turntable.

Highlights for train-spotters include a replica of George Stephenson’s Rocket (1829), the world’s first ‘modern’ steam locomotive; a 1960s Japanese Shinkansen bullet train; and an exhibition dedicated to the world-famous Flying Scotsman, the first steam engine to break the 100mph barrier (now restored to full working order and touring the UK). The locomotive herself is on display when not pulling excursion trains around the country. There’s also a massive 4-6-2 loco from 1949, which has been cut in half to demonstrate how it works (daily talk at 4pm).

The star of the show, however, must be the art-deco streamlined Mallard steam locomotive which still holds the world speed record for a steam locomotive of 126 mph (202 km/h). The Doncaster-built locomotive achieved this record steaming down Stoke Bank, south of Grantham on the east coast mainline between York and London, on 3rd July 1938. The dynamometer car, which accurately measured the speed, is also on display.

Even if you’re not a rail nerd, you’ll enjoy looking through the gleaming, silk-lined carriages of the royal trains used by Queens Mary, Adelaide and Victoria, and King Edward VII.

The museum is about 400m west of the train station and a road train (adult/child £3/£2) runs between York Minster and the museum every 30 minutes from 11am to 4pm, weather permitting.

The museum has ambitious plans for the future – a £50m expansion programme to be completed by 2025 will see its two halves joined together and the whole complex linked to the city’s main station.