York’s Ice Trail: Our very own Beasts from the East? 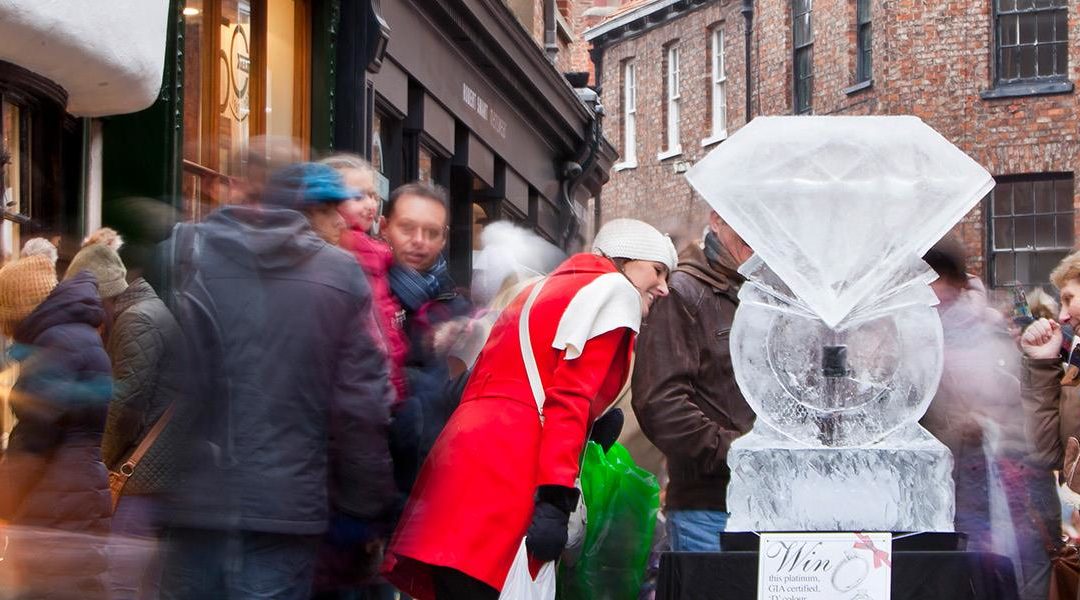 Not this year!  The 2019 theme of York’s popular Ice Trail was ‘Myths and Legends’ involving lots of beasts, but the 2020 theme will probably be rather different and hopefully the weather will be warmer too!

Look at Visit York website and Facebook posts for details about the Saturday 1st February and Sunday 2nd February programme that is being announced any day soon.  Eight tons of ice was used by ‘Glacial Art’ sculptors last year for 50 magnificent creations all around the city centre – thronged for the free event with 17,000 thousand visitors and local families all carrying their ice trail maps and cameras!  There was an enormous ice shuffleboard to roll coins along (hopefully without them slipping off too soon) and a long ice wall for people to try carving their names on neatly. Prizes included free York passes, cinema tickets or chocolate for the most skilful competitors.  Selfie lovers could strike a pose next to giant Big Foot or a Griffin with massive wings or even a fearsome Viking helmet.  York attractions and businesses are able to advertise next to the ice sculptures they have sponsored which is why this free event in gloomy winter gets bigger and attracts more sightseers every year.  For practical reasons, most of the carving has been completed before the sculptures are displayed on the streets of medieval York but there are always some craftspeople still at work.  In 2019, a solid block of ice was slowly transformed into a Phoenix as people looked on but sadly it then melted dramatically in a wall of flame!  Glacial Art experts have apparently been practising hard for this year’s York display carving pumpkins at Halloween and then lots of ice blocks at other locations in Scotland and the north of England.  It will be an excellent day out for us all to enjoy!