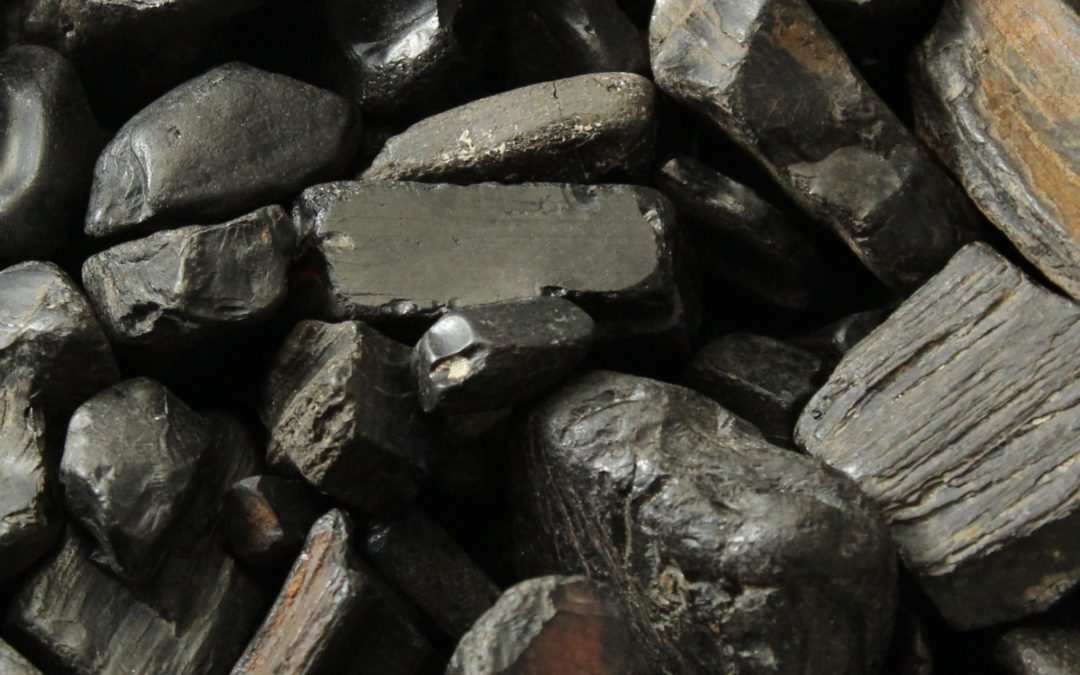 Although most frequently found in seams of shale on the Yorkshire Coast between Robin Hood’s Bay and Boulby, Whitby Jet can also be discovered washed up on the shore when bad weather or rough seas occur where seams that extend under the sea have broken away.

Unlike most gemstones, Whitby Jet is organic and was naturally formed from fossilised wood – actually from trees like our present-day Monkey Puzzle or Araucaria Tree. Prehistoric wood sank into lake and sea beds and was covered by organic sediment. The pressure of the water and sediment over millions of years compacted the wood and slowly transformed it into what we know as Whitby Jet stone today.

The colour of Whitby Jet is truly unique, boasting a deep blackness so intense that the expression ‘jet black’ or ‘as black as jet’ derives from the colour of the stone. It has a smooth and very lightweight appeal making it an excellent choice for jewellery. Its smoothness allows it to take on an extremely high polish to the extent that is could even be used a mirror. 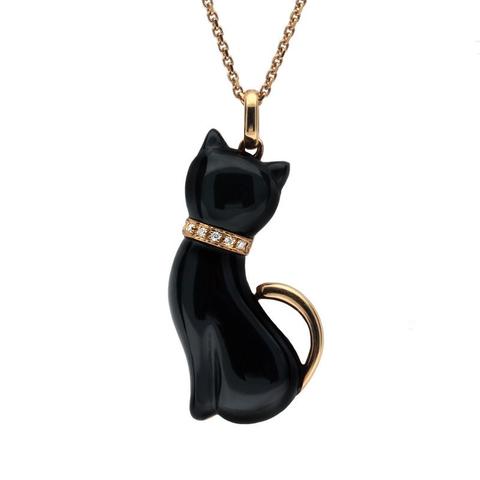 During the 1800’s and with new rail links to Whitby, the town became a popular seaside holiday destination for early Victorians. During their visit, a souvenir piece of Whitby Jet jewellery was a must. As the century progressed, fashions were beginning to change, and clothing became heavier and more voluminous, in particular, crinolines of the times became fuller in design and required larger, more eye-catching jewellery to match. Whitby Jet’s lightweight characteristic made it the perfect gemstone to adorn large accessories, allowing even the largest of necklaces and earrings to be worn in comfort.

In 1851, Whitby Jet was exhibited for the first time at the Great Exhibition in London. Soon after, it became coveted by a number of high-profile royals including the Queen of Bavaria and the Empress of France. However, Whitby Jet’s most prolific patron was to be Queen Victoria.

When Price Albert died in 1861, Queen Victoria took to wearing Whitby Jet jewellery in remembrance of him, quickly making it the etiquette to accessorise the period’s mourning dress with jewellery made from the gemstone. Queen Victoria valued the gemstone so that the only jewellery allowed to be worn in court during this period was Whitby Jet. It therefore became incredibly popular, which created a thriving industry in Whitby.

A trip to Whitby today would be incomplete without visiting both the shops selling jet jewellery and the workshops where it is made. They are clustered around church Street, at the foot of Whitby Abbey’s famous 199 steps.