Wentworth Woodhouse – A Star is Reborn 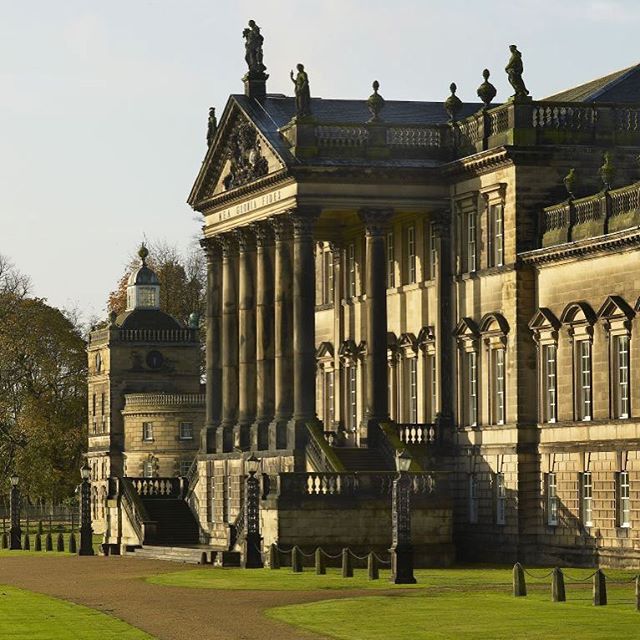 “Darling some guests have invited themselves over to stay”
“Splendid, who is it?”
“Why it’s only the King and Queen of England!!!”

This was probably a conversation which did not take place in 1912, the year King George V and Queen Mary decided to visit the industrial heartlands of their realm. At a time of political unrest, it was felt the royal couple would be well advised to rally support for the monarchy, taking a leaf out of the book of their ancestors who regularly took part in a “progress” to cement loyalty among their subjects in challenging times.

The obvious place to stay was Wentworth Woodhouse, the largest private home in the entire kingdom and the seat of the Earls of Fitzwilliam, the Wentworth family. The programme included a torchlight tattoo to which the villagers would be invited with a chance to see and applaud the royal family. The visit was a tumultuous success.

However the house and its occupants have not always been smiled upon by fortune. Back in the 17th century the first Earl of Strafford, Sir Thomas Wentworth, had been executed on trumped-up charges by the very king he had dutifully served, Charles 1.  And family squabbles led to the house being inherited by a distant cousin instead of the rightful heir. The nadir in the history of this palatial mansion came in 1948 when the gardens in front of the Baroque west wing became the largest open-cast mining site in Britain. The house was in the middle of the rich Barnsley seam and it was claimed the land was needed to fuel Britain’s post-war recovery, a claim subsequently disputed.

The Fitzwilliams, badly affected by death duties,  were forced to move out and the house passed through a succession of re-incarnations including as a women’s PE college. Eventually it lay derelict and forlorn with no-one being able to raise the vast sums required to carry out the necessary repairs. However the good news is that in 2016 the government announced that £7.6 million would be invested in reversing the damage caused by mining and restoring the house to conditions suitable for visiting.

Today the house is owned by the Wentworth Preservation Trust who are exploring different kinds of community engagement. It is open to the public for both regular tours and specialist tours of the house and gardens. The latest offer is a rooftop tour where visitors can see over the extensive grounds with the collection of  follies added by successive generations of the Wentworth family. A café and gift shop add to the overall enjoyment of the venue

Schemes are also under discussion to convert part of the building to an art gallery, a hotel and a performance space. Already open air theatre in the summer months is bringing people thronging back into the grounds. It’s heart-warming to see this wonderful building moving back into its rightful place at the heart of the community.

The house has featured in a number of films the most recent being Downton Abbey where the sumptuous interiors are perfect to recreate the opulent times of the past. In the film the royal visit is fast forwarded to 1927 but most of the details of the visit remain the same (perhaps not the rivalry between the staff of  Wentworth and the royal household.)

For tours incorporating a visit to Wentworth Woodhouse contact rosemarybarnes@hotmail.com

We can team this with a tour of Harewood House also a venue on the royal visit if you wish to replicate the authentic royal experience!