The oldest horse race in England – The Kiplingcotes Derby 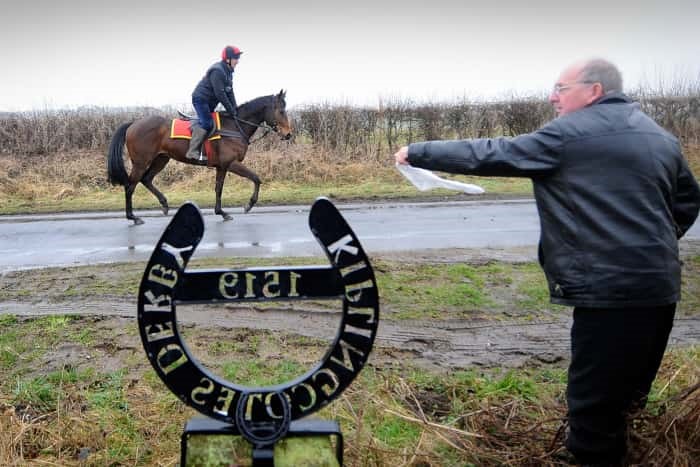 We have a saying in Yorkshire: “There’s nowt so queer as folk” and one of our more eccentric traditions certainly bears this out.Yorkshire is well-known for its love of horse racing – we have nine fantastic courses dedicated to the Sport of Kings – but the Kiplingcotes Derby is not run on any of those…..

The Kiplingcotes Derby is an ancient race which can trace its origins back to 1519, and it is run on the wide verges of a roadside near to the delightful Wolds village of Market Weighton. A clerk is appointed to maintain the course and is paid the princely sum of 5 shillings (25p!!) for his efforts. The event takes place on the third Thursday in March, weather permitting, and begins from beside the former railway station, covering four miles to Londesborough Wold Farm.

True to its quirky format, certain rules also render the race unusual. For instance, the second-placed rider often receives greater prize money than the winner! The first-placed entrant wins the grand sum of £50, whereas the person behind him or her is awarded all the remainder of the entry fees. Horses of any age can be entered and their riders may simply turn up at the starting point of the race at 11 am that morning and weigh in at 10 stones (64kg), excluding the saddle.

Another stipulation is that, should the race not run one year, then it may never be held again – a rule which has led to huge efforts on the part of certain individuals to ensure its continuity. In the notoriously harsh winter of 1947, for example, a single farmer led a horse around the course in a bid to ensure the event’s survival and the very wet, and therefore dangerous, conditions which led to the cancellation of the race being run in March 2018 again saw a single competitor leading a horse along the route.

So, if this has whetted your appetite to experience the spectacle of this very original custom, come along on Thursday 21st March and celebrate the Kiplingcotes Derby 500th anniversary! As well as being a bit “daft” in this, God’s Own County, we are also very welcoming!

For more information on how best to spectate at this event, please contact: www.visithullandeastyorkshire.com