This spectacular route offers stunning views of the North York Moors one of the largest and most important areas of heather moorland in the whole of Europe.

This journey of around seventeen miles is best undertaken from the village of Castleton in the north to the picturesque village of Hutton-le-Hole in the south.

Leaving Castleton our route follows the line of Castleton Rigg with views of Danby Dale to the left and Westerdale to the right before offering extensive views of heather moorland in all directions.

After four miles look out for impressive stone cross known as Young Ralph located on your right close to the road. Legend has it that a Danby farmer named Ralph found a traveller who had died from exhaustion and erected the stone as a memorial and to guide others. The cross was adopted as the symbol for the National Park.

Just beyond the cross a road off to the left offers the option of a detour down into the beautiful Rosedale valley and the village of Rosedale Abbey with remains of a Cistercian Priory founded in 1158 for a small group of nuns.

A mile further on from Young Ralph is the Lion Inn on the right. This historic pub dates back to the mid-sixteenth century and has a fire which burns all day and every day. Believed to be the fourth highest pub in England a group of seven staff and visitors were famously snowed-in for nine days in December, 2010.  Fortunately supplies of food and drink lasted until the snow plough arrived!

A mile beyond the Lion Inn we are now on Blakey Ridge itself.  A road off to the right leads down into the spectacular valley of Farndale. Best visited in Spring the valley is famous for its Daffodil walk which follows the River Dove for 3 miles and where some 100,000 flowers can be seen.

Travelling now along Blakey Ridge itself look across to your left to see the remains of ironstone mine workings, an industry present in Rosedale from 1856 until the 1920s.  At its peak the industry employed 2000 people and even had its own railway allowing ore to be taken on County Durham and Middlesbrough.

As you begin your descent towards Hutton-le-Hole look out for the butts used by grouse shooters for the season beginning on the 12 August each year.

Our journey finishes in the delightful village of Hutton-le-Hole. This is home to the excellent award winning Ryedale Folk Museum.    Why not celebrate the end of your Blakey Ridge journey with refreshments at The Crown pub. 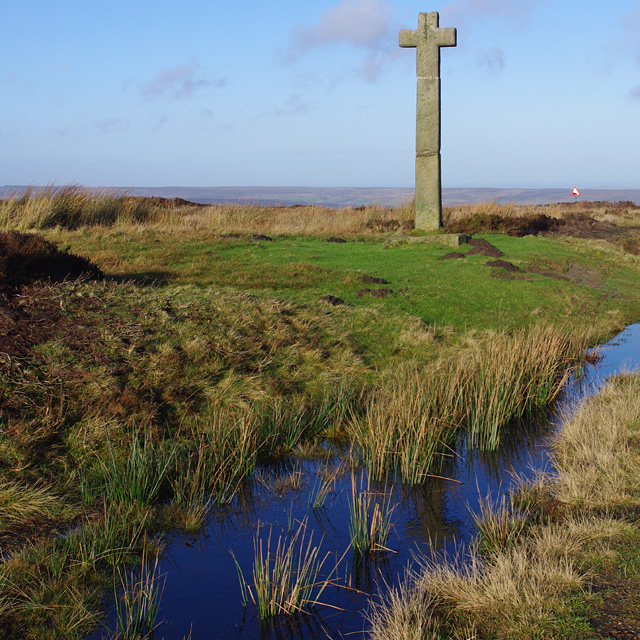