A Turkish Bath in North Yorkshire 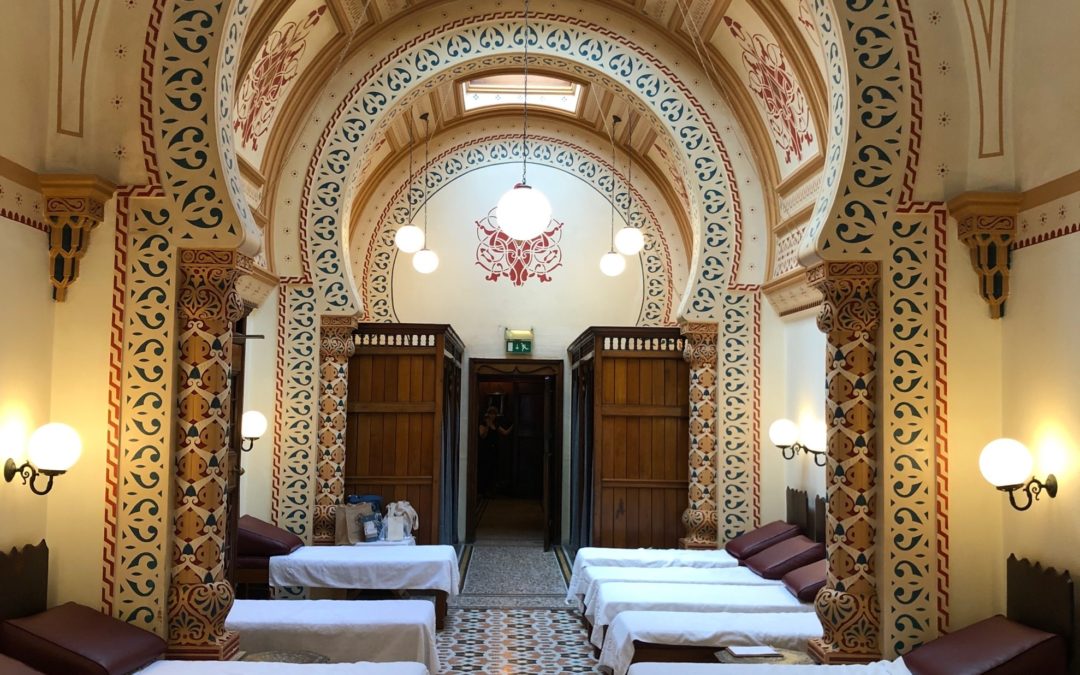 Harrogate Turkish Baths – Step back in time for some well-deserved rest and relaxation!

Ever since the first spring was found in Harrogate in the 1500’s, Harrogate has been known for its water treatments eventually becoming England’s biggest Spa town. During the late 1700’s and early 1800’s cold water treatments were all the rage for health but looking back many of these treatments would be seen these days more as water tortures!

But by the end of the 1800’s the Spa owners had realised that people wanted more than just cold baths and showers, and relaxation and pampering became part of the Spa’s offering.

In 1897 The Royal Baths opened in Harrogate, at the time they were the most advanced centre for hydrotherapy in the world. They specialised in dispensing medicinal waters, and included mud baths and massage treatments. Nowadays much of the Royal Spa Bath complex has changed use – the main baths now being a Chinese restaurant and the adjoining Winter Gardens now a Wetherspoons Pub (all be it sympathetically done).

But the Turkish Baths still remain, owned and run by Harrogate Council and refurbished with £1m investment from Scottish Life. They are one of the only remaining, fully functioning, complete Turkish Baths in the UK. Essentially the baths are intact and very little alteration has happened over the years.

I was lucky enough to be bought a trip to the Turkish Baths with my wife as part of a Christmas present from the kids – and what a treat.

You really feel that you are stepping back in time as you enter the complex, the bath’s Moorish design with great Islamic arches and screens, walls of vibrant glazed brickwork, the arabesque painted ceilings and the terrazzo floors (laid by the best Italian craftsmen) all add to its historical qualities.

After changing in the dark wood changing rooms (with original Thomas Crapper toilets!) you venture into the Baths. A great way to spend a couple of hours moving between the different dry heated rooms, cold showing, hitting the steam room, the very hot room then venturing in the exhilarating ice cold plunge pool.

The Turkish Baths have been used in films such as Agatha – the story of Agatha Christie’s disappearance to Harrogate starring Dustin Hoffman and Vanessa Redgrave and were even used in a Malcom McClaren video for Madam Butterfly!

Private tours of the Turkish Baths can be booked as part of tours. Highly recommended visit for Client visits but also for Guide RnR! 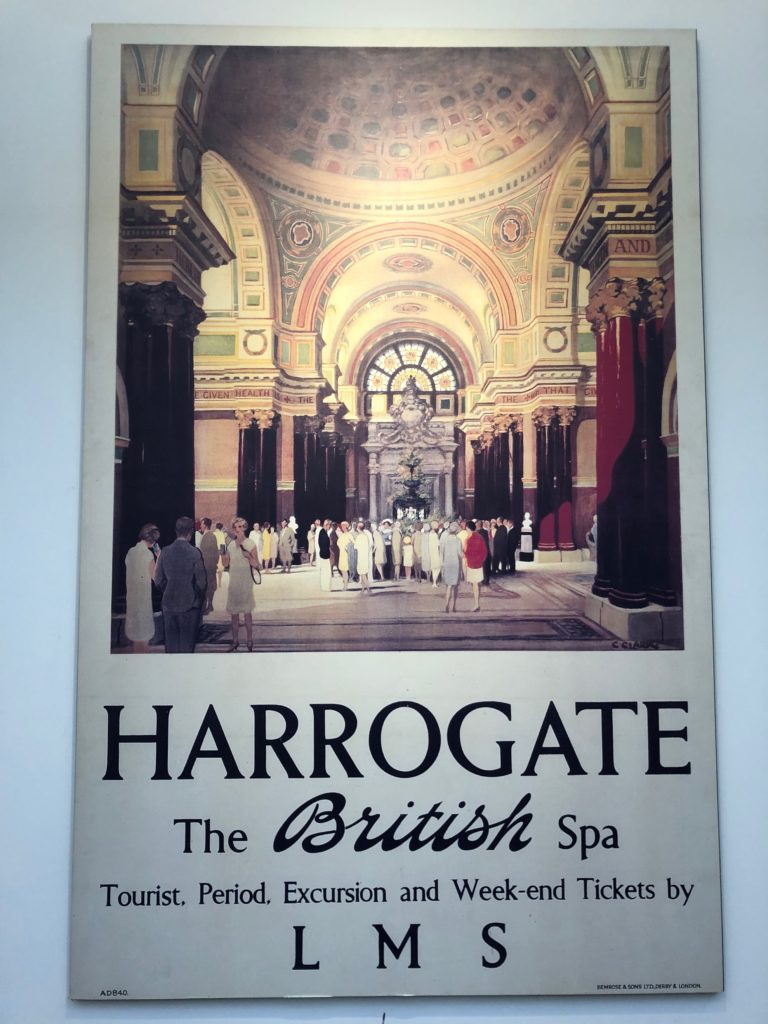