2019: A Celebration of Patrick Brontë

As part of the Brontë 200 celebrations, the Brontë Society has announced 2019 as the year for celebrating the life and times of Patrick Brontë, the ‘Father of Genius’, to borrow a title from Dudley Green. 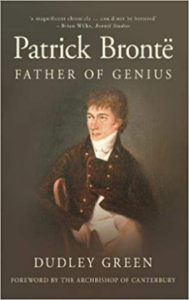 The Brontë story is the story of England’s most famous literary family and here lies the clue, family.  The story is one of love and a sense of place, their Haworth home.This is a family born of passion: one of the treasured possessions of the Brontë Society are the nine love letters that Maria wrote to Patrick during their courtship in 1812.  They are delightful and provide a window on their love; they also contain the wonderful line, ‘My Dear Saucy Pat’.

Patrick journey is an amazing story of its own.  He is born in a two-room cottage in Co Down, in the Parish of Drumballyroney on St Patrick’s Day, 1777. 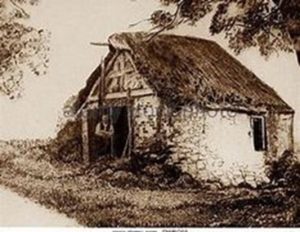 But by 1802 he is knocking on the door of St John’s College Cambridge. 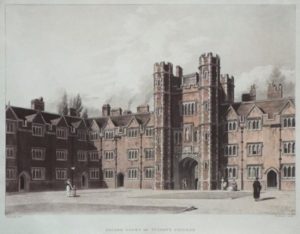 He graduates in 1806 and is ordained into the Church of England in 1807, the same year as the bill goes through Parliament to abolish the slave trade.  In Patrick’s story this is significant as he is supported through St John’s College by the generosity of William Wilberforce and Henry Thornton.

Patrick’s life as a young student is influenced by; revolution, war, the threat of invasion, the development of industrial cities and the drive towards the abolition of slavery.  His theology is cut with this idealism.  He believes that it is the love of God that defines a Christian life and this must be a life that puts those values into action, today here on earth. In his address at William Weighman’s funeral he will describe himself as a Conservative and a reformer.  It is a good description.

Patrick marries Maria Branwell from Penzance in Guiseley in 1812 and by 1820 they have their six children.  Their arrival in Haworth in 1820 is one of joy and laughter.

The house comes with the job, Patrick’s poems have been published, Maria has written pamphlets arguing that the way to alleviate poverty is through education.

Patrick is a man of passion, a priest, a husband and a father.  He is not afraid of standing up to the world in which he lives.  There will be great sadness, there will be joy, triumphs, fear and immense pain.  But Patrick is not a man of sorrow, he is a man of faith and action.

In 1834 there was an amendment to the Poor Law.  Up until this time a response to those in need had been a very local affair, with money, food and clothing being provided by the Parish.  In 1834 the proposal was to end the ‘outside relief’ to a centralised system of workhouses, of locking up the poor and subjecting them to punitive measures. We only have to visit Dickens, or Hardy to feel the depth of the misery these institutions inflicted on the poor. Patrick felt so incensed by these proposals that he urged all those who would listen to act against it…

‘To the Labourers, mechanics and Paupers and Slaves of England…I must speak the whole truth and nothing but the truth, as far as shall come within the scope of my knowledge.  A law has lately been passed called the Poor Law Amendment Bill, a greater misnomer I never read or heard.  It is a monster of iniquity, a horrid and cruel deformity…We will not suffer ourselves to be chained by their three tyrannical commissioners, and we will never endure the idea of men, rolling in affluence and luxury, prescribing to us the most extreme line which can keep body and soul together.  We have religion, reason, justice and humanity on our side, and by these we are determined to stand or fall. Let me request you to do your duty, petition, remonstrate and resist powerfully, but legally, and God, the Father and friend of the poor will crown all your efforts with success!’

You have to love Patrick.

To find out more about Patrick and his remarkable family come and visit Haworth in the company of a Blue Badge Guide, come and explore the story of this remarkable man and find the roots of Britain’s most famous literary family.